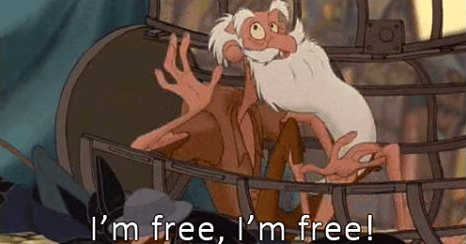 When I was a kid my parents did not let me have video games or watch tv too long (actually I was really only allowed to watch some disney movies and veggietales). I was one of those “free-range” kids you here about in the news. After the rain came or if someone’s sprinklers were running I would sit on the side of the road and make dams with rocks, sticks, sand, and whatever else I could find. My friends and I would make trails off the bike path and build forts. We would go camping in the backyard. We would play cops and robbers until someone got hurt (seriously, someone had to cry before we would stop).

The weirdest memory I have was when the city closed off our street one night to repave and rock the street. I was in bed while this happened, but when I woke up and was told to go play outside some of the boys had already discovered that you could take these little rocks out of the street and stick them to each other.

A new game of tag was invented. We couldn’t leave the street in the new game, but if you were it you would try and stick as many tiny rocks to other people as you could. We took turns, but by the end of it we were all covering ourselves in rocks thinking it was the new generation of stickers! We thought it was just going to be a fun time and that they would come off as easily as they were to put on. I remember trying to pull off my first rock, and it was beyond awful.

I screamed as the tar clung to my skin and arm hair (yes, I had arm hair as a child, I was basically a wildebeest). I was made fun of for crying until the next kid starting pulling his off. We all realized we were absolutely screwed at this point, and knew this was a problem only our moms could solve, so we went home, covered in tar and rocks, looking like absolute idiots.

As I walked into my house my dad laughed at me as I sobbed hysterically about how I couldn’t get them off. My mother looked at me up and down and just sighed with disappointment. The more I pulled at the rocks the more embedded in my body they became. Just when I thought all hope was lost my mother put me in the tub , covered me in olive oil or baby oil (I cannot really remember what it was other than some sticky oil), and told me to rub it in for the next 30 minutes. So I sat there in the tub of shame, and just kept rubbing the oil in until finally, one by one, the rocks began to come off. I scrubbed more vigorously as I started getting my results, until finally I was free at last!

Moral of the story: Don’t ever do what the boys tell you to do, and listen to your mother.